Mohamad Mourad has a Bachelor of Science in Business Economics from LAU and an MBA from INSEAD. He started his career right after graduating from LAU in 1994 as the regional manager for Beam Engineering. In 2002 he joined Mars as the company’s Business Planning Manager. In 2005 he took the post of Principal at Booz & Company. In 2011 Mohamad was approached by Google and was offered the position of Managing Director for their operation in the Middle East and North Africa, a job he accepted. In 2016 he became Google’s Senior Director for YouTube Products Partnerships. In 2019, Mohamad joined Instacart, the North American leader in online groceries and one of the fastest-growing companies in e-commerce, as Vice President of Partnerships. 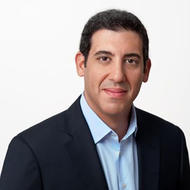